Having been charmed by the turtles that we were fortunate enough to glimpse in the sea yesterday, this morning we took a tuk tuk to visit the local hatchery and conservation centre.

There were over 4 types of turtle being looked after, including hawksbill, green, loggerhead and leatherback. Despite turtle hunting being illegal in Sri Lanka, turtle eggs are unfortunately regarded as a delicacy and eating them is thought to make you strong. They are purchased for as little as 14p at local markets. The conservation center pay well over double to secure the eggs and bring them back to a safe environment so they can hatch and be nurtured before being released back to the sea. 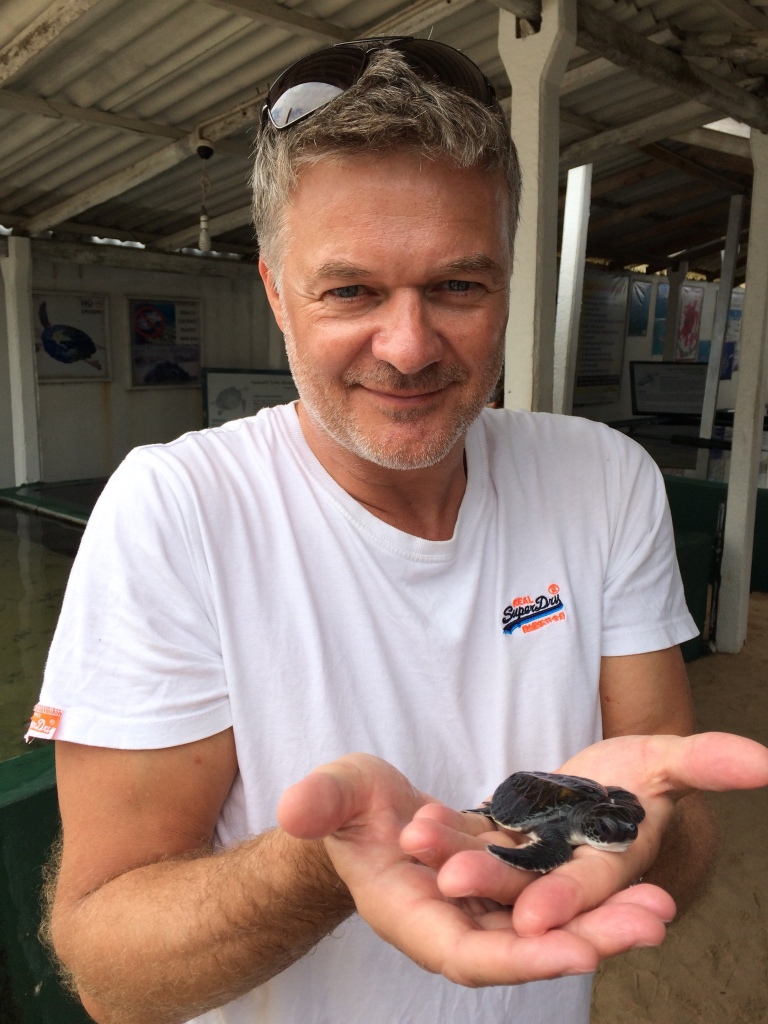 The center also rescue adult turtles injured by boat propellers or fishing nets, providing a safe environment for them to convalesce. It was lovely to see the turtles up close. They have a really inquisitive nature. We were also able to hold newly hatched green turtles.

We drove further up the main Galle to Colombo road to visit the Tsunami Museum. Given that the tsunami struck on the 26th December 2004, the timing seemed fitting. Furthermore, we were lucky enough to catch the street procession, complete with traditional dancers and a huge elephant, commemorating the anniversary.

The museum was incredibly sobering with very graphic photographs documenting the time before the tsunami and the devastating aftermath. Pictures show the tide being drawn as far as 1km back into the sea just 30 minutes before the first tidal wave hit. Locals didn’t know why this was happening and tragically headed onto the beach to take advantage of all the fish washed up on the shore. Two huge waves struck, killing thousands and causing mass destruction. The tsunami is responsible for the largest single train disaster by death toll, taking 1700 lives. We both felt incredibly ignorant to have known so little about the tsunami and its effects that spread from the epicentre in Sumatra, Indonesia, to as far west as Tanzania and as North as Bangladesh. I don’t recall a huge amount of tsunami news coverage specific to Sri Lanka, but it was the second worst affected country in terms of loss of life. Pictures showed unidentifiable bodies that had been burned by the release of chemicals previously buried deep into the earth’s crust that erupted on impact. Given how poor a country Sri Lanka is and how limited resources are now, it’s hard to imagine how the people coped with such an epic clear up job. We both left with a new found respect for Sri Lankan’s determination and resilience.

We spent the afternoon lazing by the pool feeling incredibly fortunate to be able to broaden our horizons with travel. It really offers new experiences everyday and is a luxury that we are grateful for.